November  1915 – Since the Depot opened this time last year 6 drafts, some 500 well-drilled local men have been sent to the Front. In early November another 100 recruits* were accepted which is very encouraging and brings the Camp to 1050 strong. To accommodate the burgeoning number two large structures have been provided at Ampthill Park. The Wesleyan Church Council of Ampthill have most patriotically placed the large room of their Institute at the disposal of the Commanding Officer of the Training Depot to accommodate some of the men, and His Grace has gratefully accepted the offer. Further buildings are being added, the latest being a tailor’s shop.

At the Millbrook Range rifles are now fitted with telescopic sights (the Aldis Telescope and the Gibbs Magnifier) and the latest type of periscope.

On Wednesday, November 24th a number of staff officers of the 59th (North Midland) Division visited the Camp anxious to see the training facilities which exist at the Depot. The squads under instruction at Machine Gun Drill (Maxim and Colt) were first inspected. The staff officers next witnessed recruits at drill and physical training and then passed on to the Miniature Range, the Rapid Loading and Firing Trench and the Obstacle Course. Meanwhile the Signallers under instruction had been engaged in laying telephone wire with Buzzer instruments from the Orderly Room to the Entrenching Ground, a mile distant. When the officers reached the ground the relief of the trenches was carried out. The various kinds of entrenchments, as well as the loopholed parapet and entanglements were visited in turn, great interest being taken in the method used for extending the trenches by sapping. Several of the staff officers had lately been in the trenches at the Front, and it was satisfactory to hear them say that the entrenchments thoroughly up to date in every respect, and in the matter of construction they were far superior to any trenches at the front.

*The surge in volunteers may be an early reaction to The Derby Scheme which came in from 16 October 1915. The Derby Scheme was intended increase the number of British fighting men – it moved voluntary enlistment towards compulsory conscription. 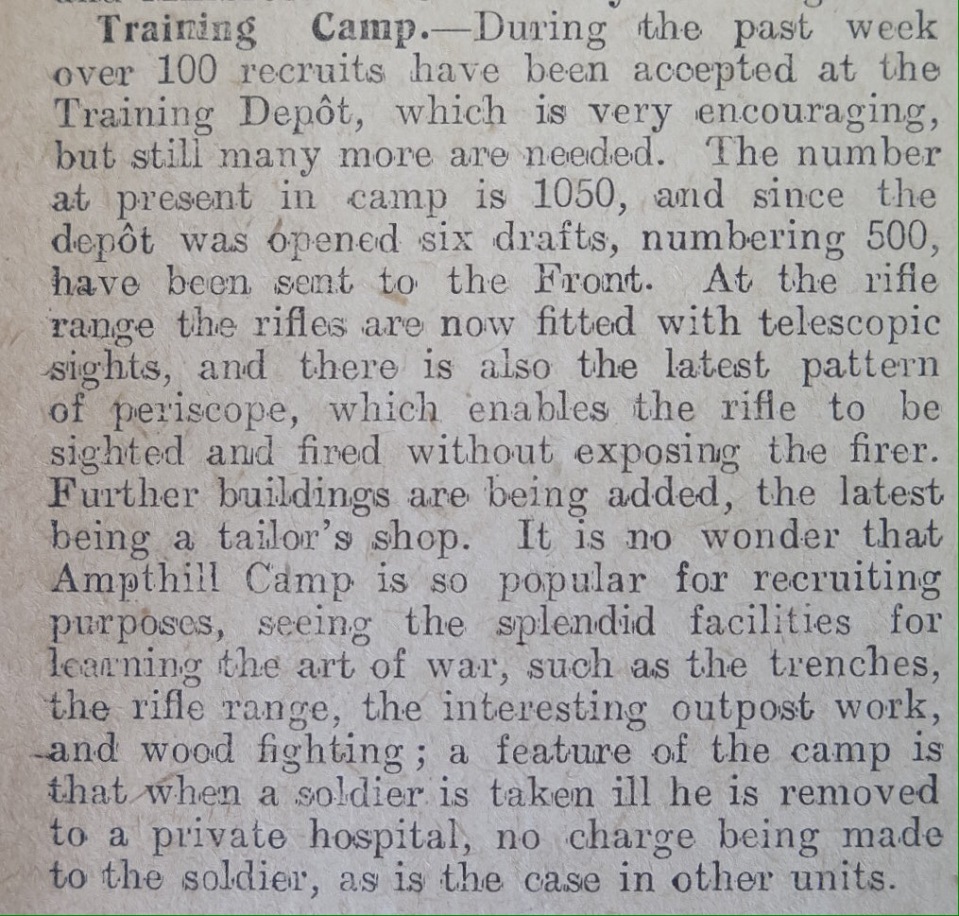 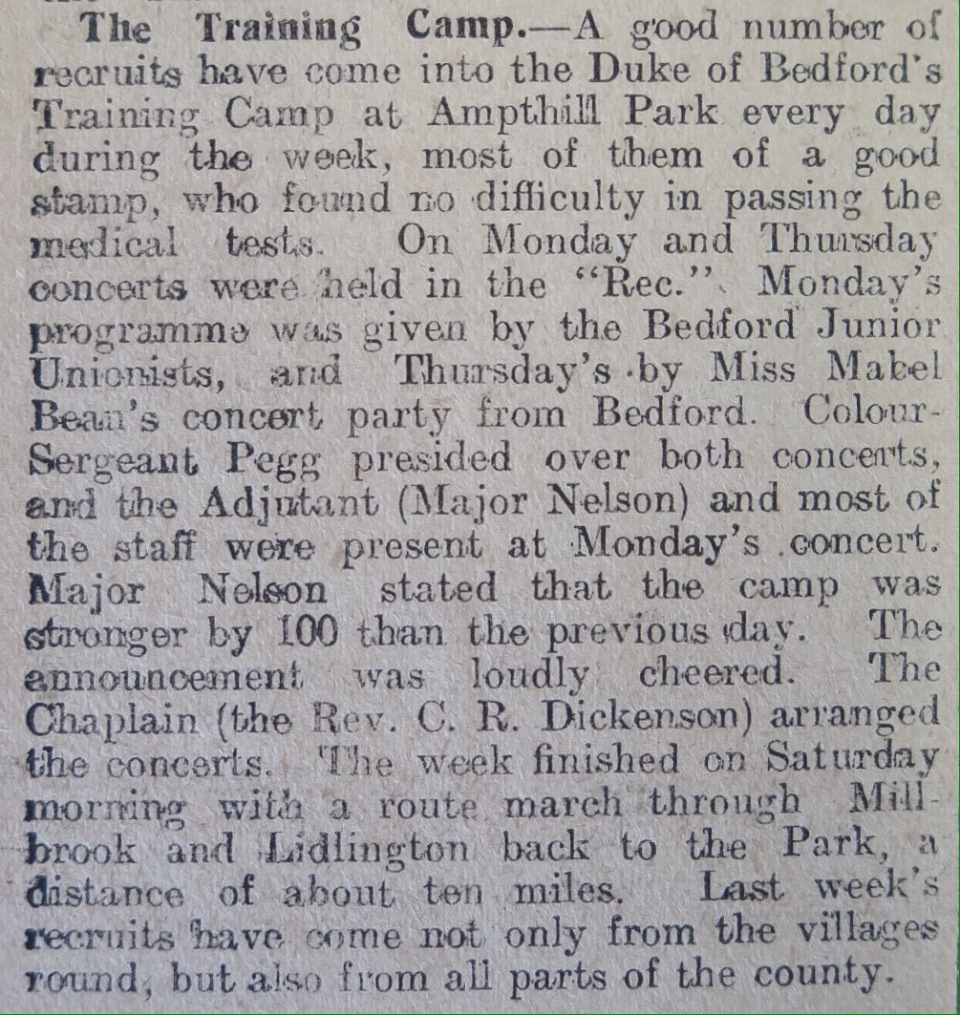 In the Ampthill Parish Magazine the Reverend Walter D. May writes ~

Thirty stretched bearers have been trained. These local people assist at Ampthill Midland Station by helping to remove the wounded from train to ambulances for despatch to Wrest Park Hospital.