March 1916 – a heavy fall of snow supplied plenty of material for a snowball contest between the various companies, which caused plenty of fun, the officers joining heartily in the match.

On Thursday, March 2nd a further draft of 60 men left to join the 8th Bedfords in France. In view of the expected departure of more troops to the Front, drills and instructions have been pushed forward, and firing at the Millbrook butts has continued. The weather proved no particular hindrance to operations.

The Camp is entertained weekly by concerts in the “Rec.” Miss Bower’s Bedford Concert Party played in early March. “The Sandbags” have made a second visit to play an entirely new programme, the hit being a song “I’m in love” sung by Miss D. Mackley.

It is about eighteen months since Ampthill has had the enjoyment of a public concert. On Tuesday 14th those who filled the British Schoolroom in Bedford Street had a great time, when the band of the Duke of Bedford’s Regiment in Ampthill Park, gave a fine musical performance. The concert benefited Dr. Barnardo’s Homes. Captain Tanqueray made a capital chairman, and a large number of family and their friends were present.

Tribunals have convened in Ampthill, Luton and Bedford to hear the cases of men who refused to attest under the Derby Scheme. 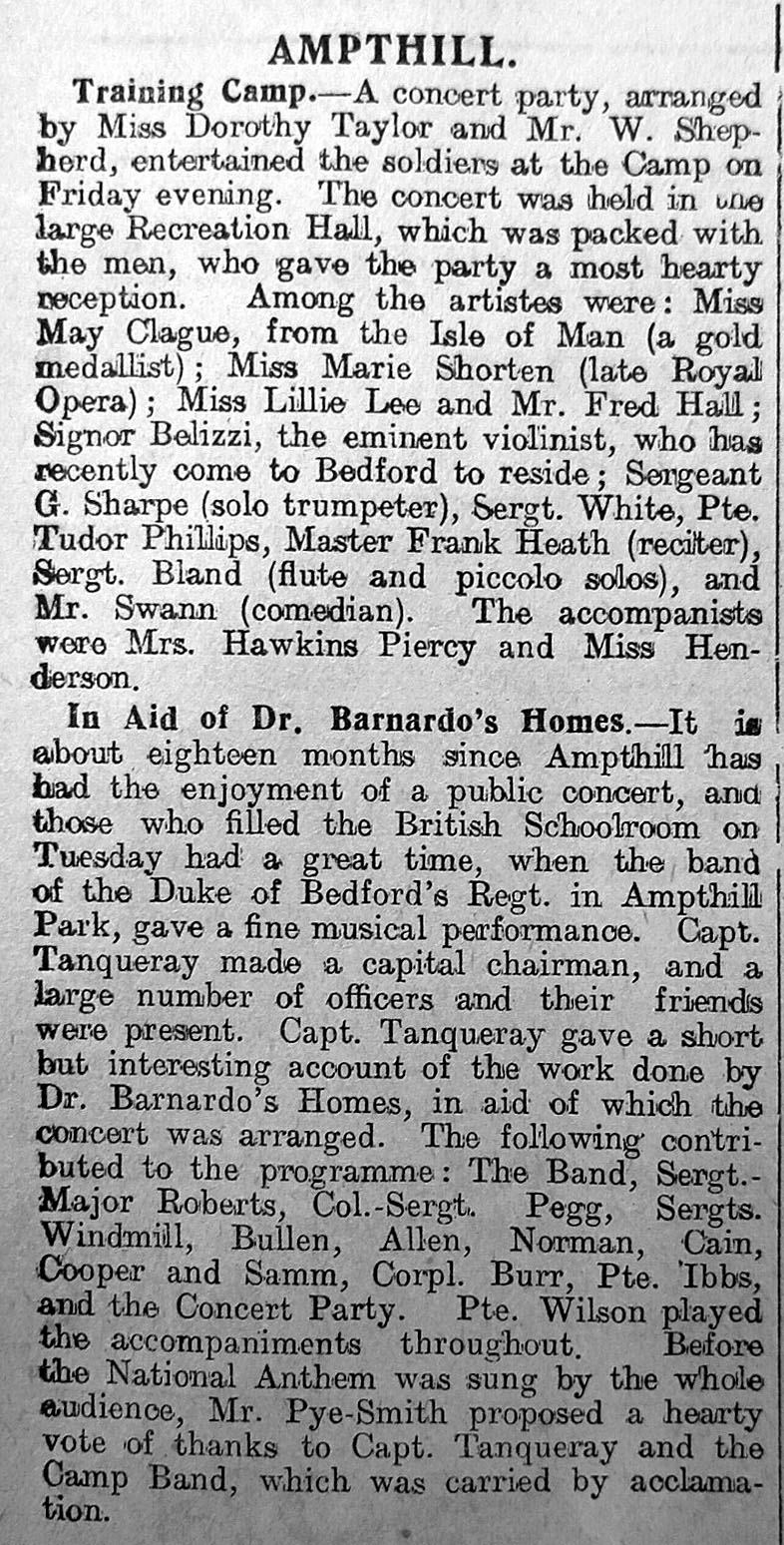