May 1917 – News of Ampthill Park recruits at the Front

Mr and Mrs Putman of Park Street, Ampthill have received news that on April 15 their son Richard was seriously injured by a shell burst. Surgeons amputated the shattered leg but on April 26 Richard succumbed at the No.7 General Hospital in St. Omer, France, and is buried close by. 23505 Private Richard Putman had served at the Front for nigh on a year.

There is also news of 27359 Private Percy Robinson (19) of Woburn Street, Ampthill who did his early training at the Ampthill Camp. Percy sustained serious head injuries whilst in the trenches with the Northamptonshire Regiment – he did not regain consciousness. Percy is remembered at St. Andrew’s Parish Church in Ampthill. 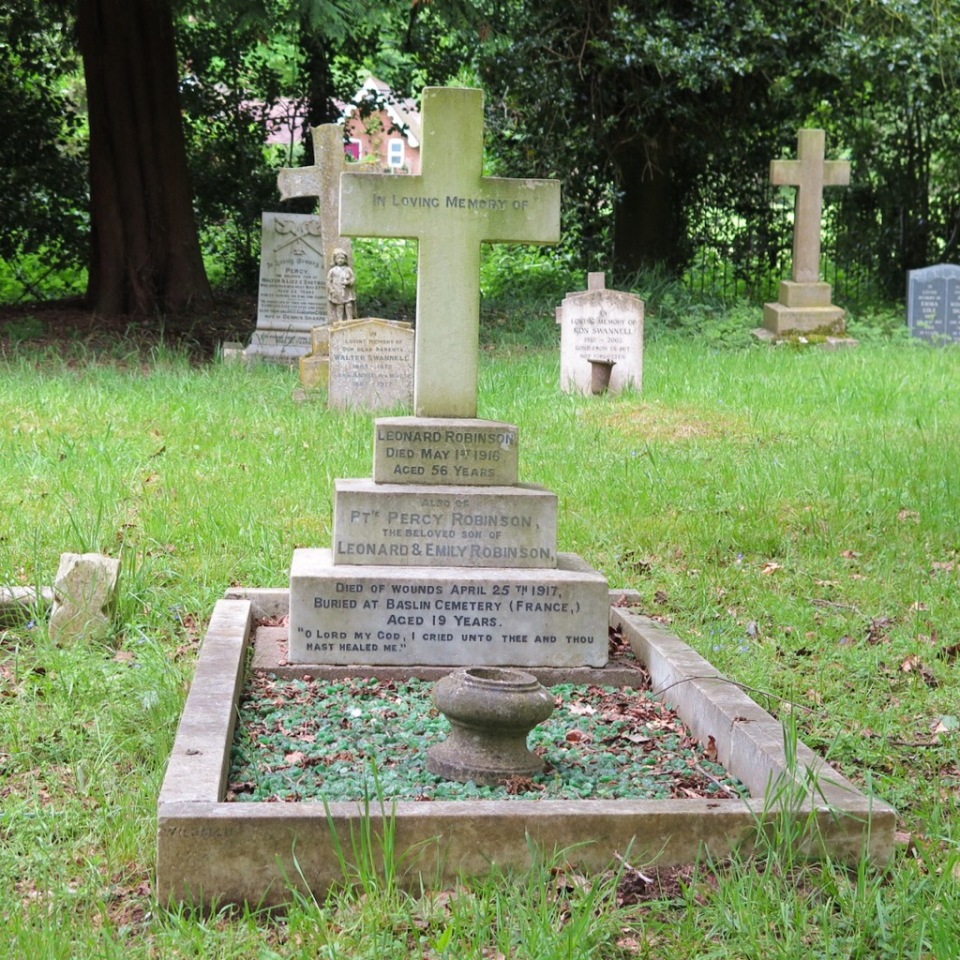 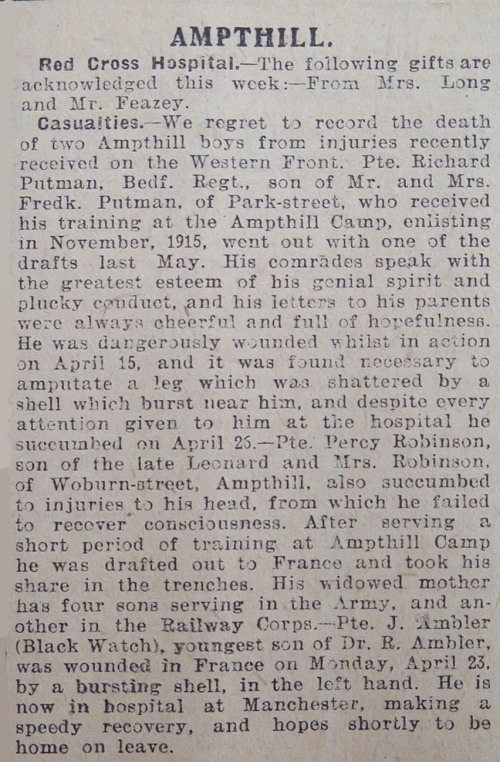 During May the Ampthill Park recruits have seen more action near Arras. Twenty-five of the boys have fallen or died of wounds.

One lad –19845 Private Edward H. Wiles of Ravensden – was awarded the Military Medal for his brave actions at Gavrelle on April 22/23, and has since died of his wounds. 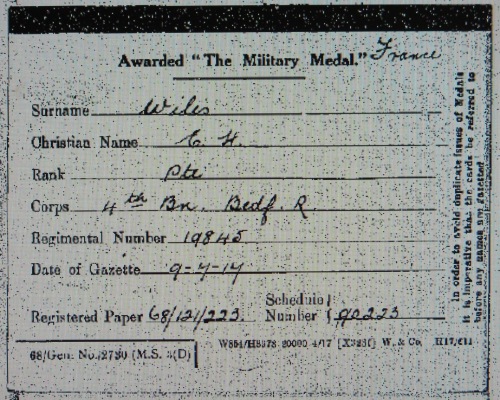 Eight of the twenty-five chaps died on May 3 when the 7th Bedfords’ were part of an attack at Chérisy. Poor light delayed ZERO hour to 4:15am. The barrage commenced badly, being irregular. When the advance started the Battalion soon slightly lost direction the men being extended at about 12 paces could scarcely see each other. Regiments forces to the left also lost direction & crowded to the right, thus confusing the British attack & causing a further loss of direction. Four Tanks were used but these achieved little – two machines broke down and a third turned and came back through the British lines, which added to the confusion. Some Bedfords found themselves stranded in shell holes. In the evening a second attempt was made to attack but this was thwarted by an intense enemy barrage & the wire in front could not be forced. The whole lot fell back to original front line and held that during the night being relieved early in the morning by the Northants taking over. (Source: war diary)

Two boys – 18858 Private Thomas Andrews and 23749 Private Birty Johnson – died at home of their war wounds and are buried in Blighty.

This 48 page book tells the story of how Tommy’s Footprints came about and notes the many people who have contributed and connected. There are just 150 individually numbered books. A unique gift.

£6 (inc p&p). Please email hartleyhare135@gmail.com to order by PayPal or BACS transfer. The book is also available from Ampthill Town Council, The Hub and The Stationery Boutique in Ampthill while stocks last.