August 1916 – On 26th July Christopher Cox died in Oxford Hospital where he was being treated for serious head and thigh wounds. The funeral took place at Ampthill, with full military honours in the presence of a large and sympathetic congregation. The firing party and band from the Ampthill Camp preceded the procession from his home to the Parish Church. Volleys were fired over the grave, and the “The Last Post ” sounded. Mother, Father and his brothers, Private Josiah- and Edward Cox, were there to mourn the death.

On Tuesday, August 8th a local Reporter visited the Ampthill Camp. The writer eloquently describes the tranquil setting and the programme of entertainment the assembly enjoyed that Summer evening. 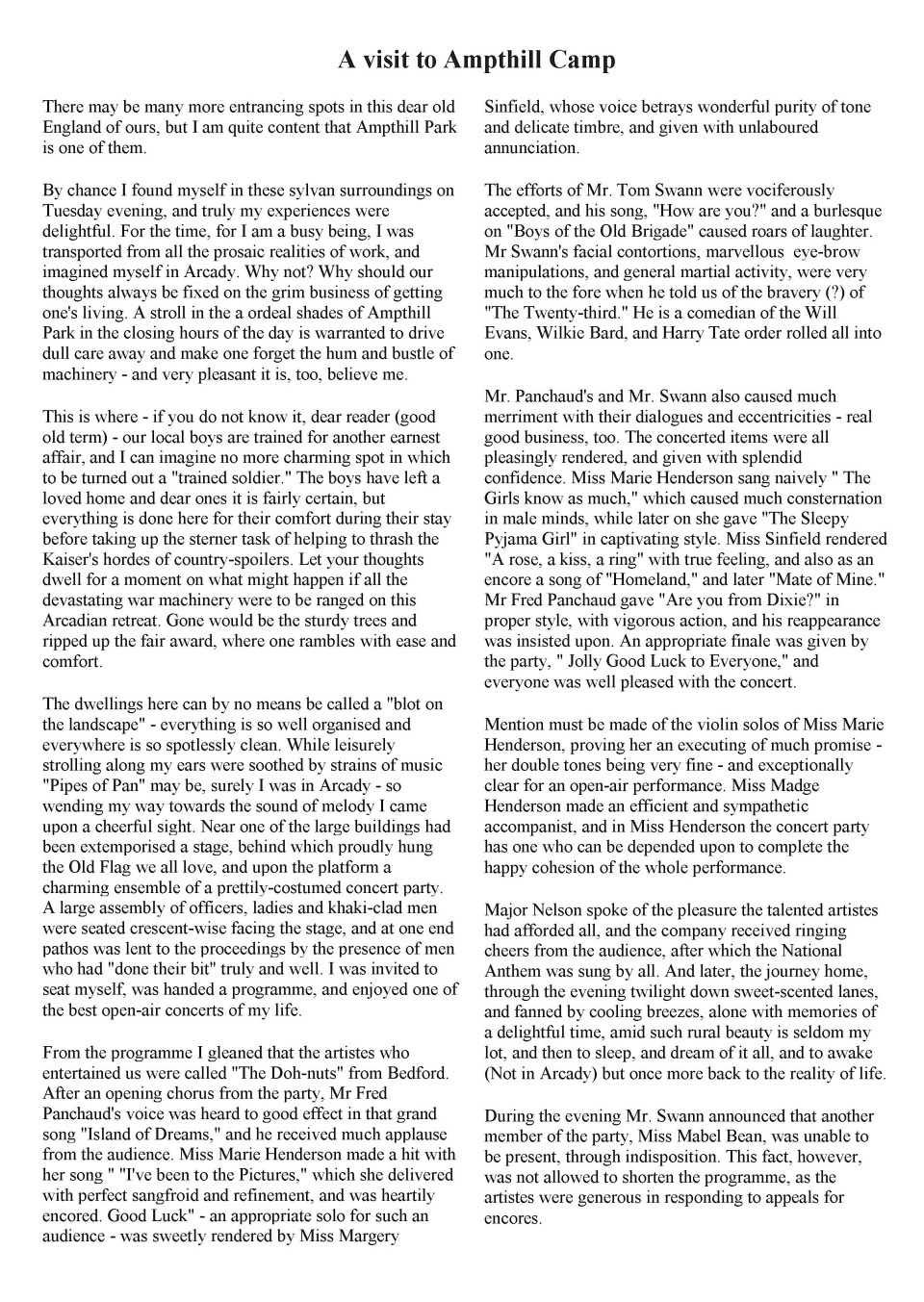 On Friday, 11th a small draft of convalescent soldiers left the Camp to continue with Overseas Service. Next day a further three drafts, numbering almost 200 men, left the Camp for the completion of training elsewhere, possibly at Sittingbourne. Included among the drafts were most of the members of the Old Regimental Band. Many of the recruits were disappointed at the early departure, as were their relatives. At the station there were some affecting scenes.

The Bedfordshire Training Depot has lost some of it’s usual humdrum. A number of huts stand empty.

The Somme region claimed the lives of seventeen Ampthill Park recruits this month. Eleven of these boys were killed on August 8/9th while serving with the 6th Battalion at Contalmaison – read war diary.