Three hundred and seventeen men are named on The Ampthill Roll of Honour. The Roll is different from the large wooden tablets that were outside the National School from September 1915 – read more. 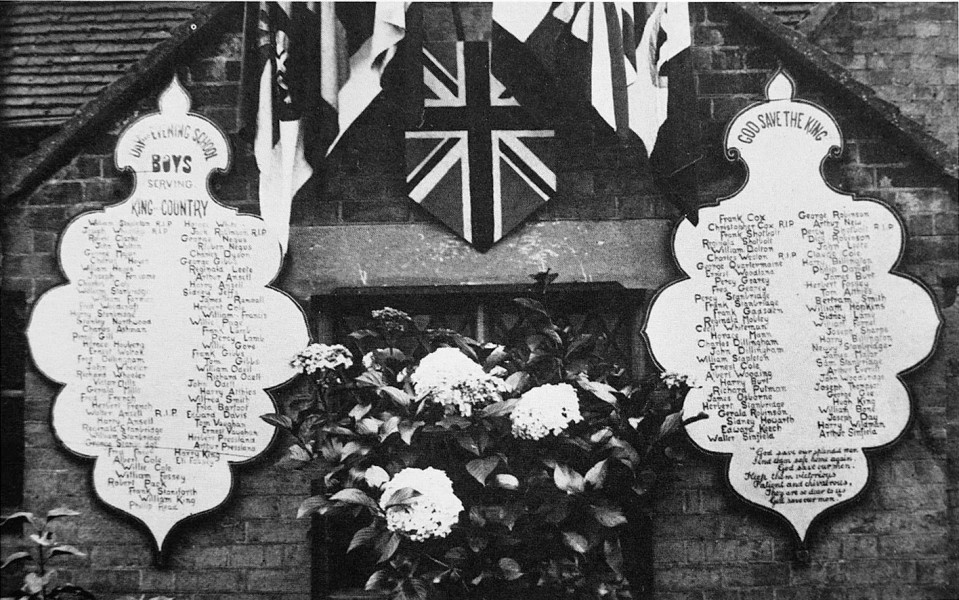 The Wooden Tablets erected outside the National School (1915-)

The Ampthill Roll of Honour

In October 1915 the Ampthill Urban & District Council received and seconded a proposal to provide a Roll of Honour bearing the names of those men belonging to the town of Ampthill who were serving with His Majesty’s forces.

Mr Alfred Trethewy (Town Clerk) made out a copy of the lists of names in the churches, chapels and schools, which appeared to be entitled to be placed on the Roll of Honour, and this was posted outside the office of Swaffield & Son pro bono publico.

The Council commissioned Ampthill firm “Sugars & Facer” to sign-write the board which was kindly given by Mr Botsford (Builder) and Mr Facer (Decorator). The names were painted in alphabetical order on a board (3′ x 6’6″) and displayed from December 1916 on the outside wall of Swaffield & Son.  at 1, Bedford Street which fronted the Market Place. A second board (3’7″ x 5’7″) was added as more Ampthill men joined the colours and this was funded, at least in part, by subscription. 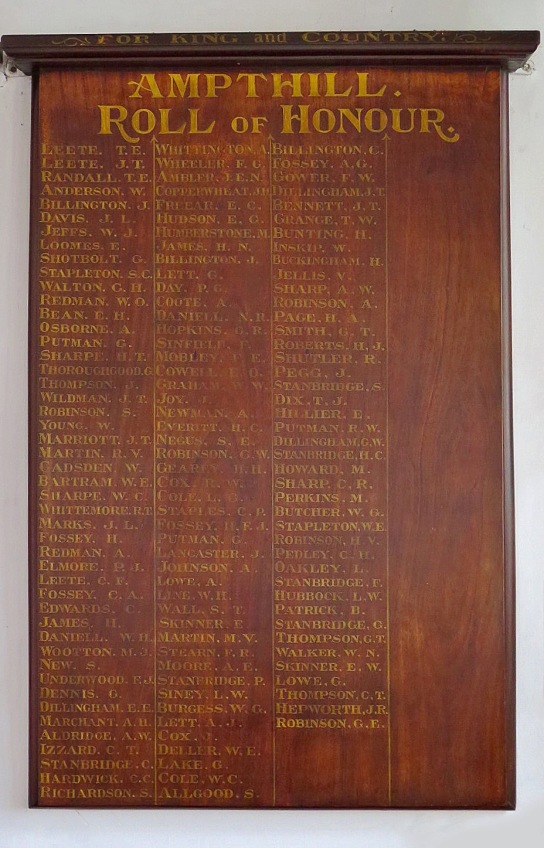 It is unclear what criteria (e.g. birth or residence) were used to decide who to name on the Roll of Honour. However, it is unlikely that the Roll is a full record of the ‘Ampthill men’ who served. For example, The Register of Electors (1918) shows brothers (e.g. Reginald Thomas COLES D.C.M. and George William COLES) who served in the Great War. Of these, only Coles. R. is on the Ampthill Roll.

Of the 317 men on the Ampthill Roll of Honour, we have identified 277 individuals and located 255 of them by Ampthill street of residence – click to see the detailed spreadsheet.

This annotated map shows the Ampthill streets that were most affected by their young men serving with the colours in the Great War. Note ~ the Census 1911 and Electoral Registers 1918-20 rarely state the house number and so the red dots do not depict specific residences. 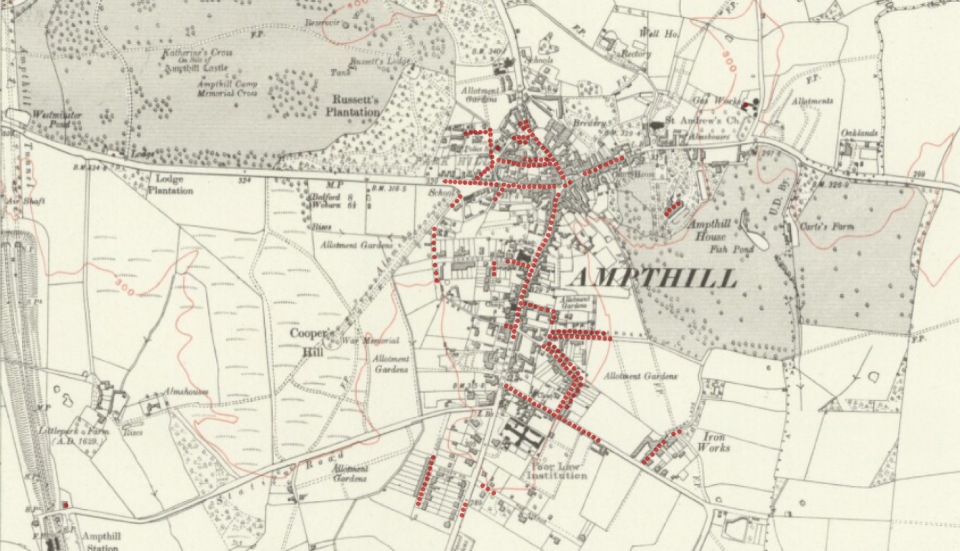 Ampthill Roll of Honour – residence (where known) by street. [Count = 255]

Forty men on the Ampthill Roll of Honour were killed in action or died of wounds, and are remembered on the Ampthill War Memorials. Three of these men – Percy SHOTBOLT (22), Christopher COX (25) and William George FARMER (39) – died on British soil and are buried at St. Andrew’s Church in Ampthill.

The Ampthill Roll of Honour was proudly displayed in the Market Square until the 1970s when local historian Andrew Underwood had the boards removed to prevent their deterioration due to the effects of weather. The Roll of Honour now resides in the gallery of St. Andrew’s Church.

In March 2018 the Imperial War Museum added the Ampthill Roll of Honour to the IWM War Memorial Register.

Care is taken to ensure accuracy – please accept our apologies if the content contains any errors. 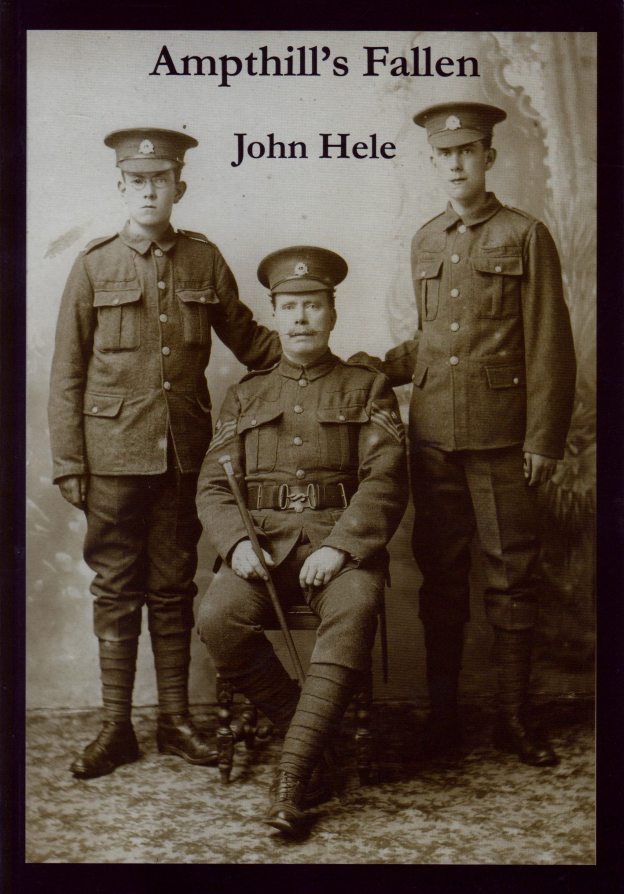 Ampthill’s Fallen is a tribute to the 67 men on the Ampthill Memorials, and to all those who were killed or died as a result of the Great War. John Hele diligently records what is known about each man’s life, service and death.