In 1909, flowing from Viscount Haldane’s reforms of the British Army, the War Office set-up a scheme to organise voluntary aid in England, Wales and then Scotland. The objective was to ensure that medical and nursing services would cope sufficiently in the event of war. The Scheme involved encouraging the formation of Voluntary Aid Detachments (V.A.D.s) in each county to provide support. The British Red Cross Society and the Order of St. John of Jerusalem were central to this plan.

Major Frank A. D. Stevens was the County Director of Voluntary Aided Detachments in Bedfordshire, with The Lady Emily Ampthill as President of the Bedfordshire Branch.

In August 1914 upon the outbreak of war the Joint War Committee (JWC)  was established at Devonshire House in Piccadilly to administer over 3000 auxiliary hospitals. Her Grace the Duchess of Bedford was appointed to represent the Order of St. John on the JWC. Then in May 1917 The Lady Ampthill (of Ampthill Park House) was appointed as Chairman of the Joint Women’s V.A.D. These lofty appointments went onto receive public honours.

Hospital trains regularly arrived at Ampthill Midland Station where they were met by volunteer stretcher-bearers and motor ambulances which conveyed the wounded to the Woburn- and the Wrest Park Military Hospital. 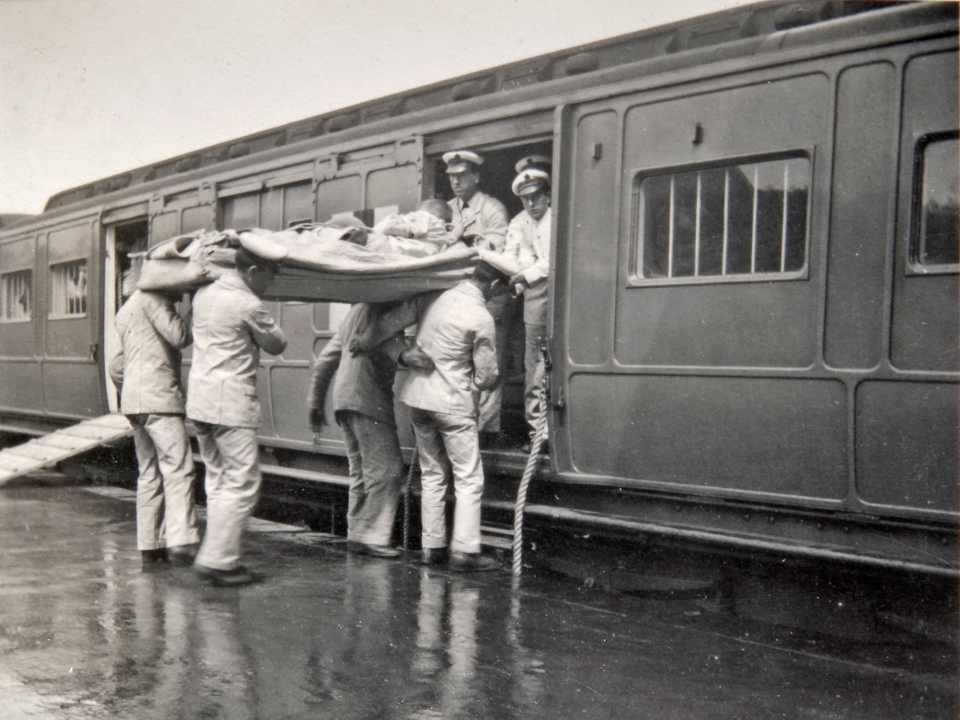 In Ampthill three facilities supported the work of the military hospitals at Kempston, Woburn and Wrest Park.

The Ampthill & District Urban District Council also agreed arrangements for Steppingley Isolation Hospital to receive contagious cases from the Ampthill Camp, which would include scarlet fever (1915).

Correspondence between Major Stevens and astern Command Emergency Planning shows that plans were also afoot to requisition the British School (on Bedford Street, Ampthill) to receive up to 100 sick and wounded soldiers from Suffolk in case of invasion.

*February 1919 – the Bedfordshire Standard reports the closure of a V.A.D. Hospital at Clevedon House on Dunstable Street. The column mentions how patients were at Clevedon since the formation of the Ampthill Camp. The V.A.D. Hospital cared for the sick from the Command Depot.

With thanks to the assistance from English Heritage volunteers at Wrest Park.